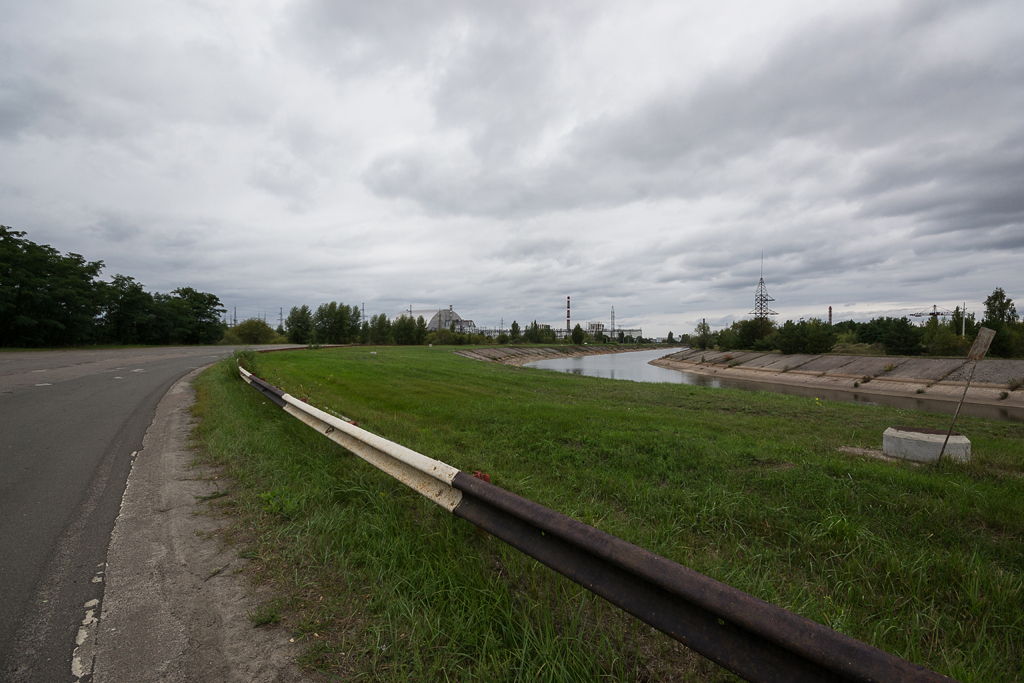 After our mornings escapades around the power plant and Pripyat it was time to begin the journey back to Kiev. Shortly before setting off we had a chance to take some nice shots of the plant alongside part of the cooling ponds and then headed via a few of the sites within Chernobyl town.

It was actually quite sad to leave, despite seeing an incredible amount, there was still so much I wanted to see and lots more I wanted to learn about. Hopefully one day I will have the opportunity to return and take in some more of the sites. 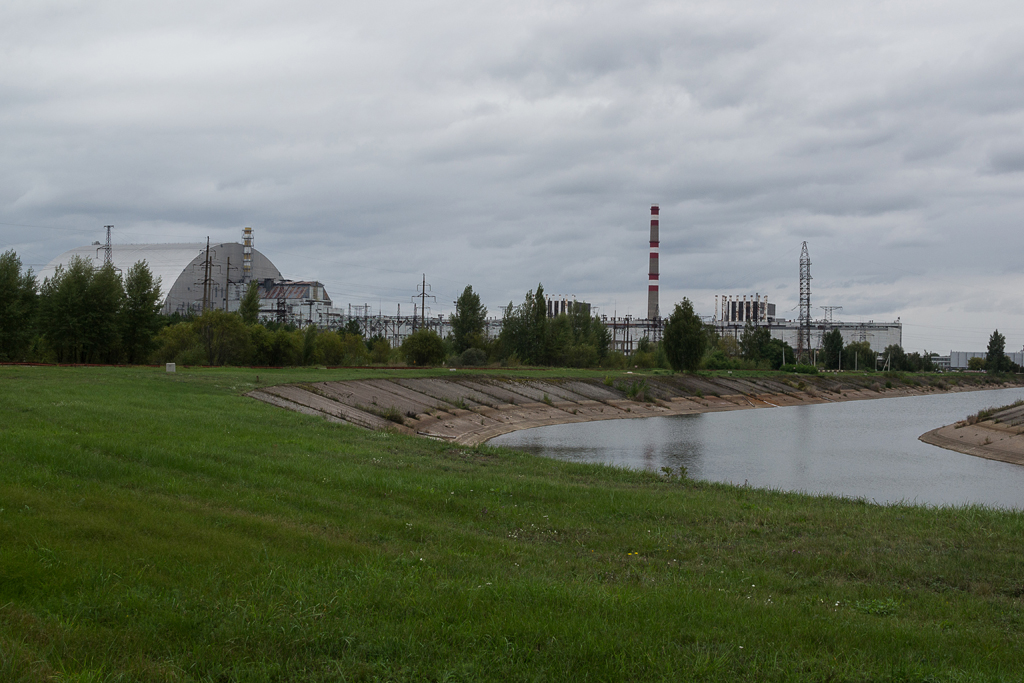 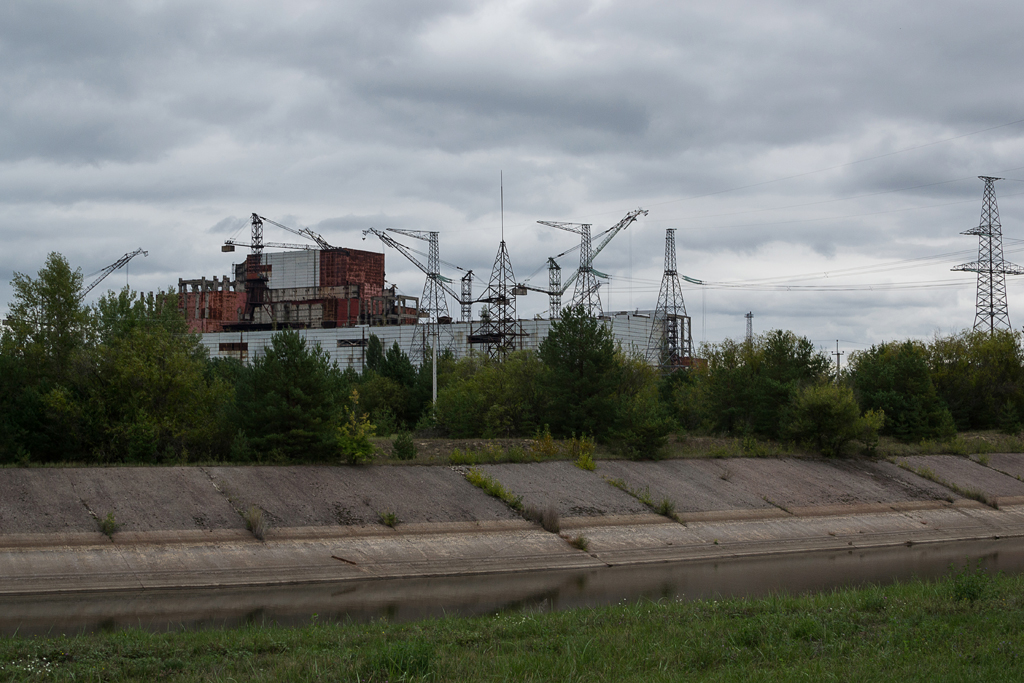 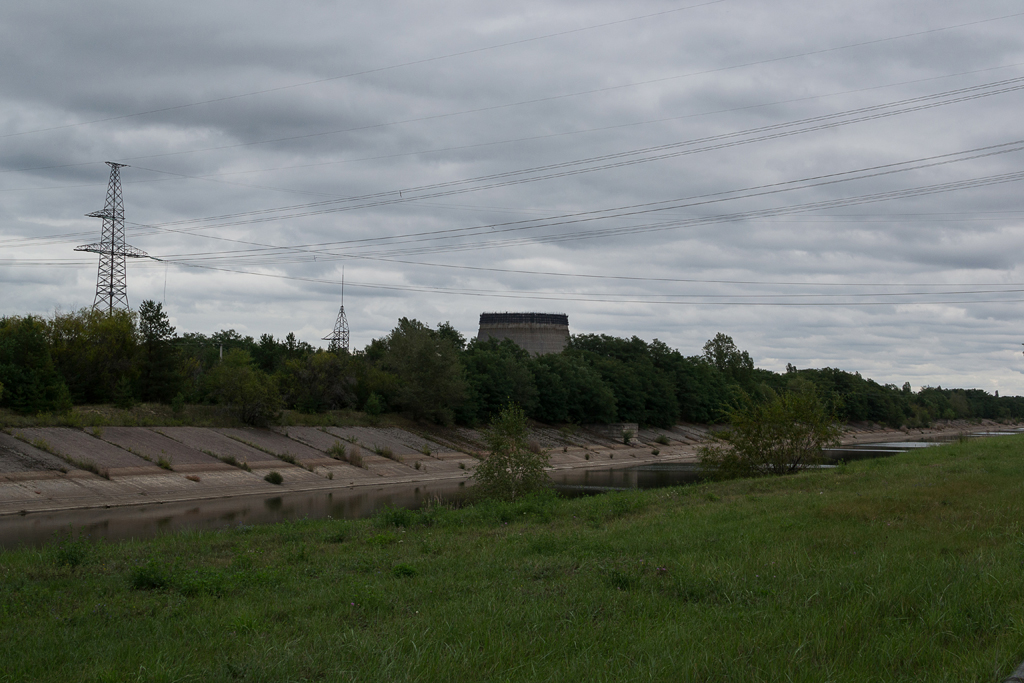 Within Chernobyl town there are several monuments and memorials dedicated to the disaster, the first that we came too was an arrangement of models of several types of robotic vehicle that were used within the attempted clean up operation. The information boards go on to describe the purpose of some of the equipment. The real vehicles and machines used were mostly dismantled and buried due to the radiation exposure that they sustained.

The monument was put together in time for the 25th anniversary of the disaster. The radio controlled circuitry inside the first robots was quickly destroyed by the high levels of radiation, biorobots (soldiers, scientists and civilians) were then used to carry on the clean up.

An excellent documentary can be seen here: https://youtu.be/mjjFwZHjcw0 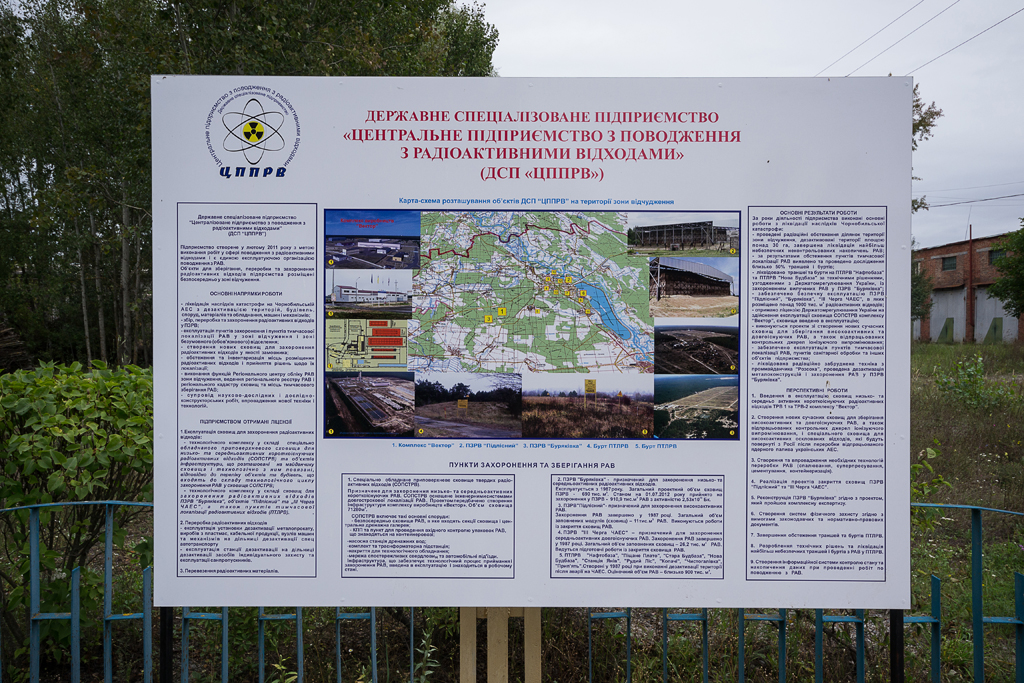 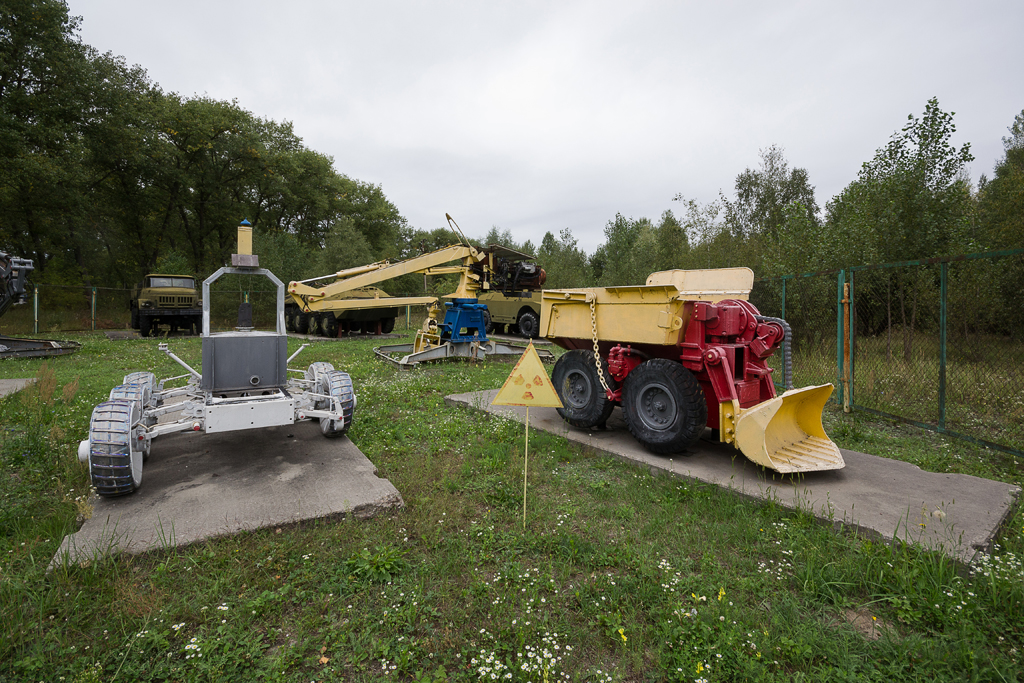 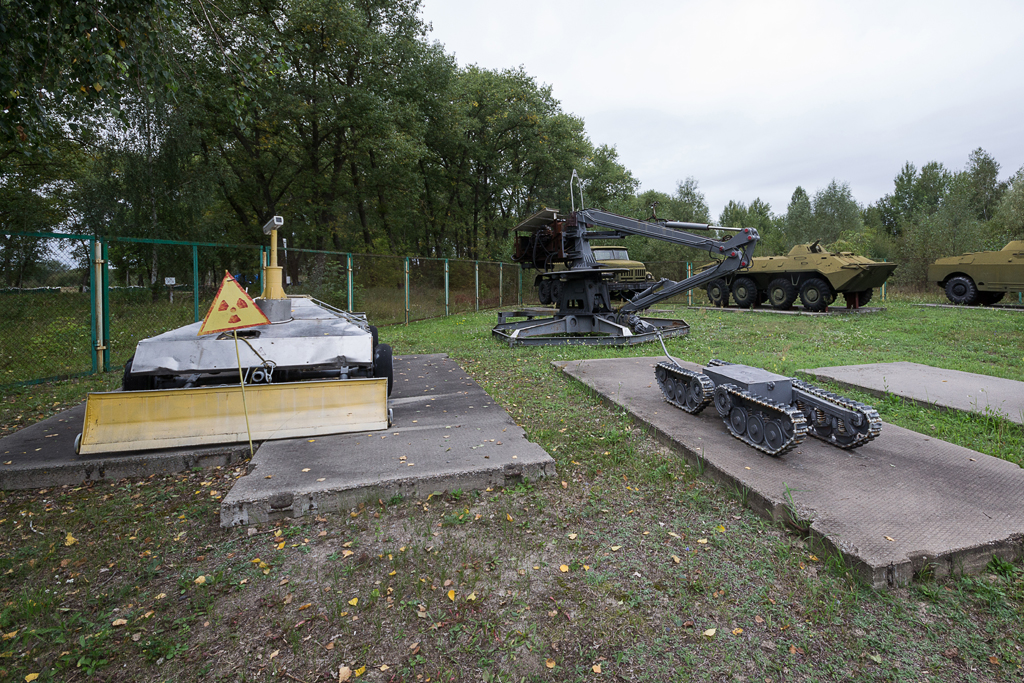 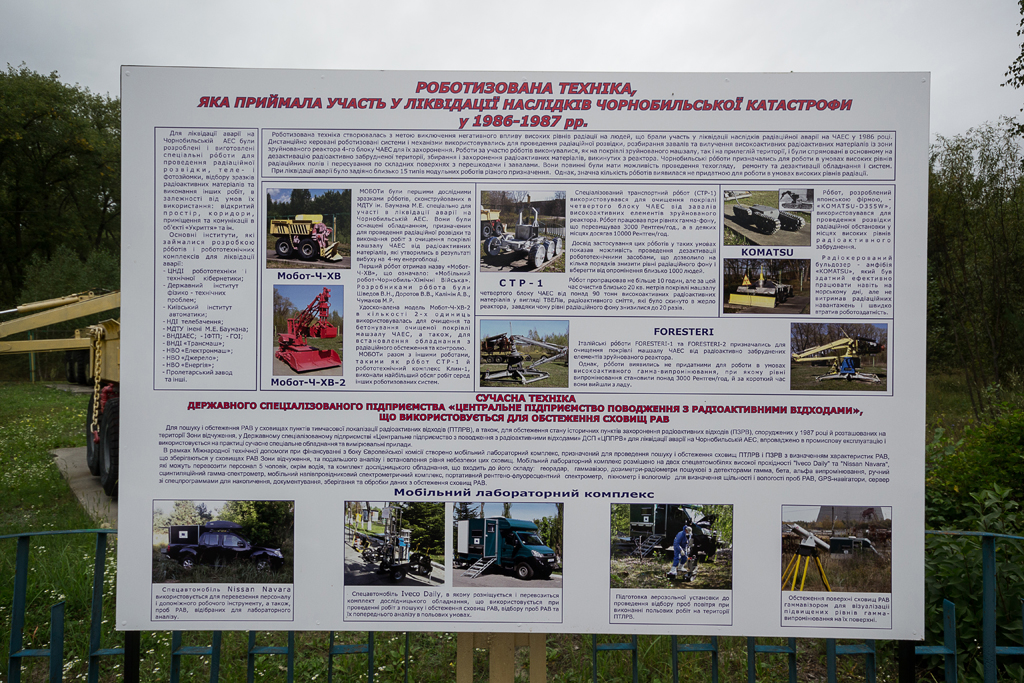 Not far down the road is the monument to the liquidators. It features a plaque that reads “To those who saved the world.” The monument is located directly next to Chernobyl fire station, whose fire-fighters rushed to the wreckage of reactor four in the immediate aftermath of the disaster. As discussed previously the first responders were unaware of the scale of the catastrophe and ill-equipped to deal with it. Their bodies quickly absorbing extremely high doses of radiation whilst they battled to extinguish the fires, many of them later died of acute radiation sickness.

It is estimated that up to one million liquidators were involved in the clean up efforts, including people from all walks of life; civilians, scientists, miners and military personnel. 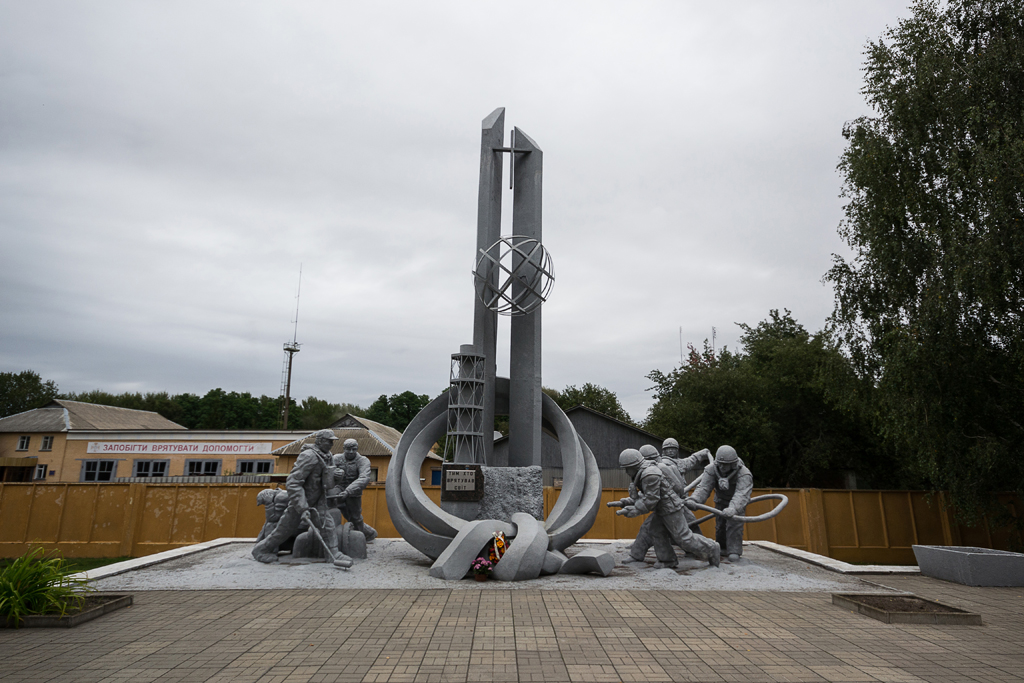 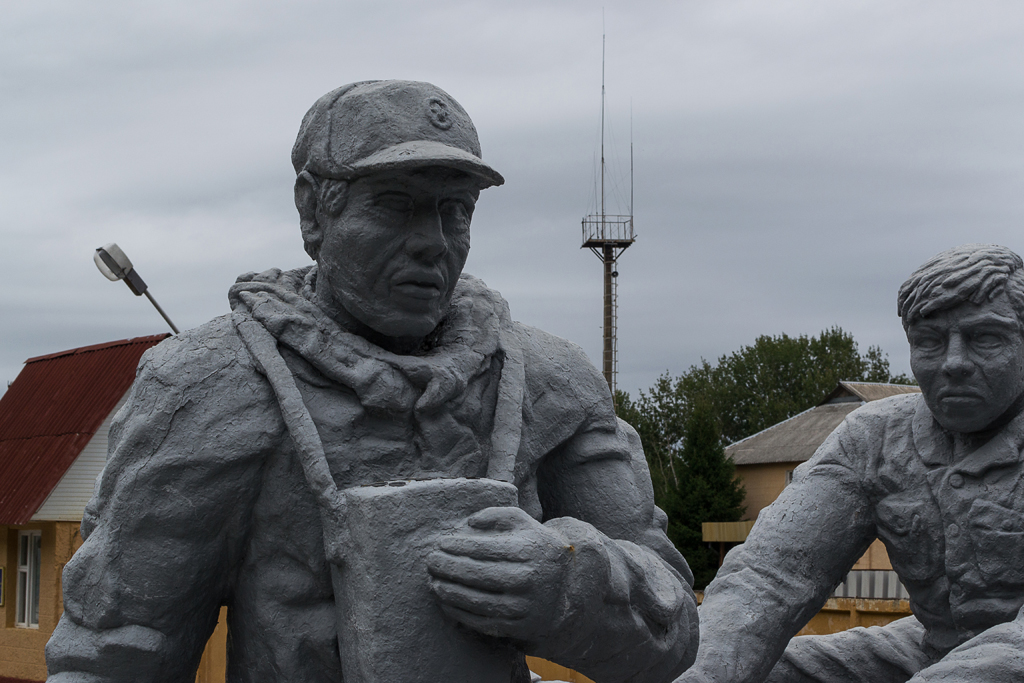 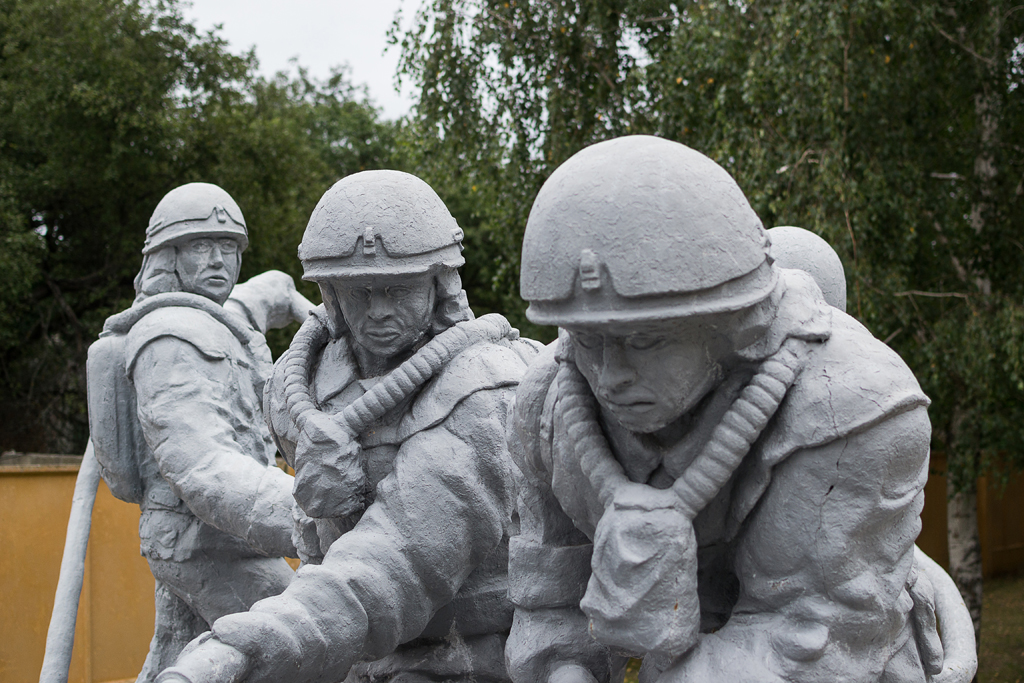 On the shores of the Pripyat river stands the decaying remains of Chernobyl's dock yard, in the water lay several large boats which are slowly rusting away. 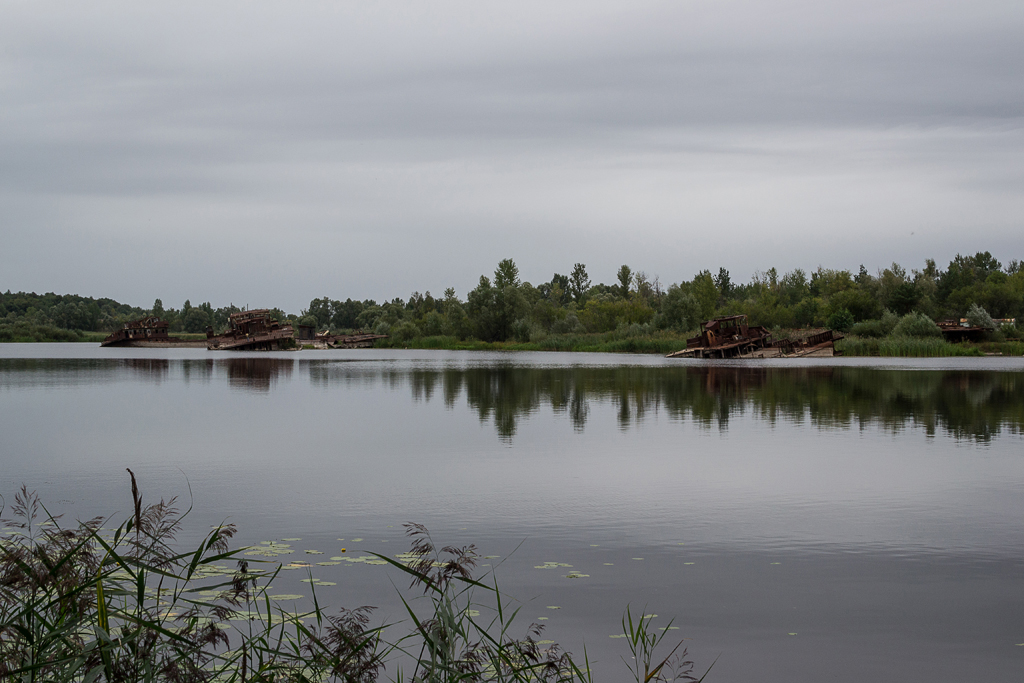 Within Chernobyl stands St. Elijah Church, known for it's pristine appearance and it's miraculous avoidance of any serious radioactive contamination. 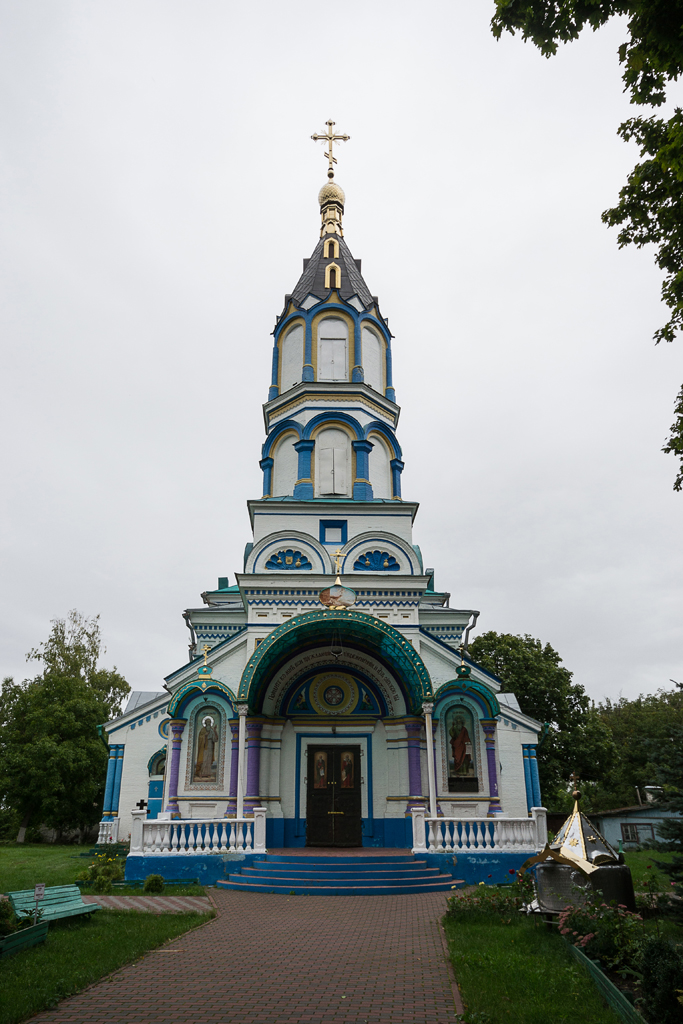 As I've previously mentioned, most Soviet towns and cities featured palaces of culture, Chernobyl was no exception, albeit on a much smaller scale than the example in Pripyat. Next to the palace was a statue of Lenin, one of few remaining within the Ukraine. 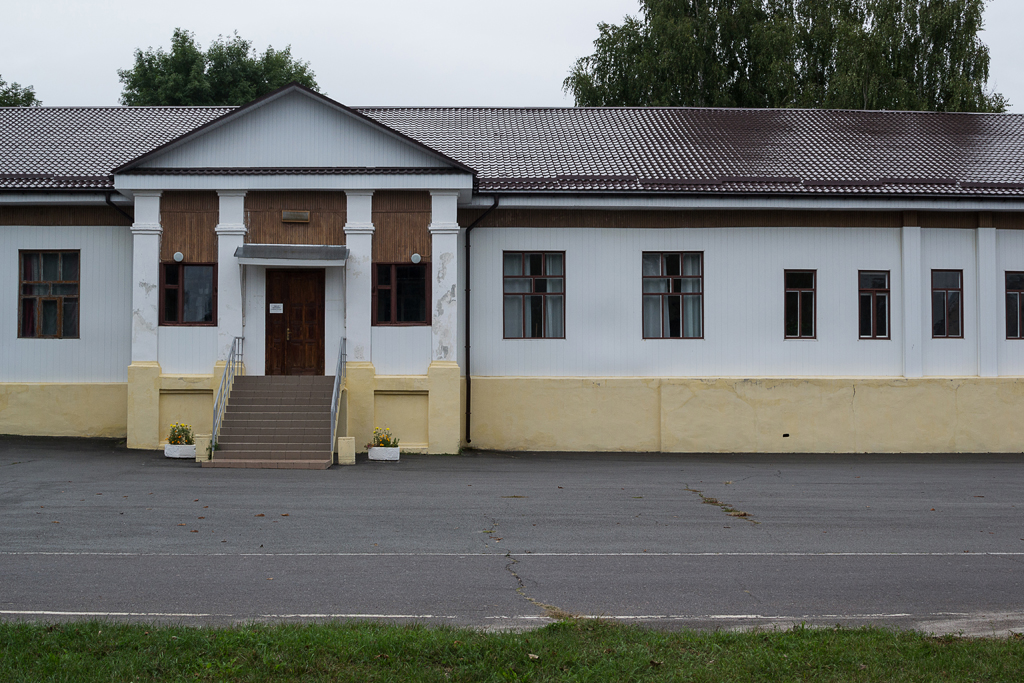 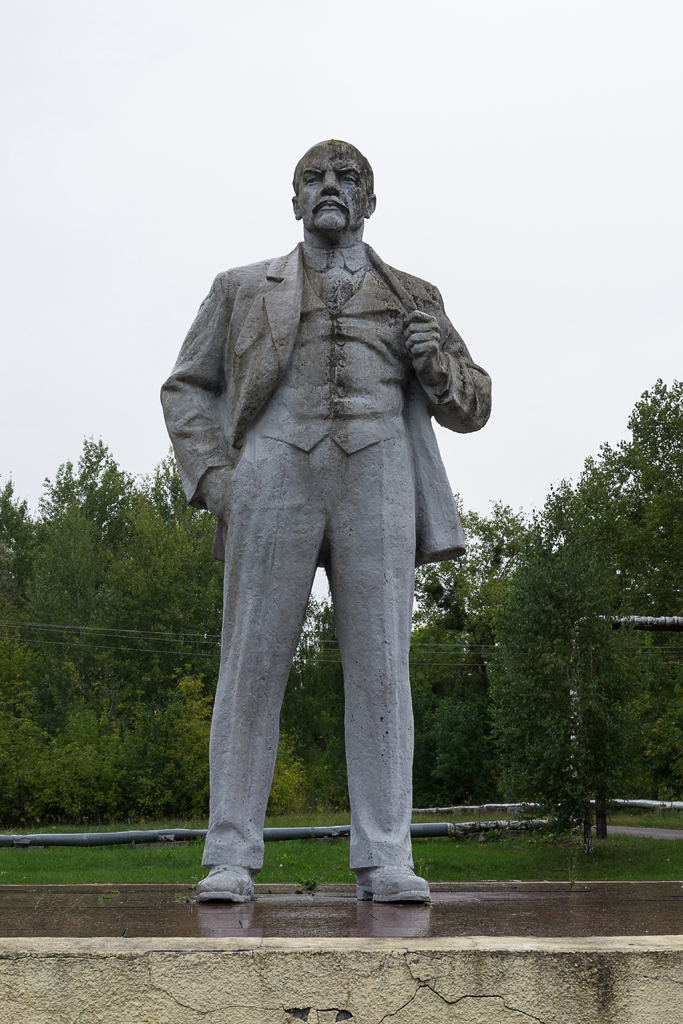 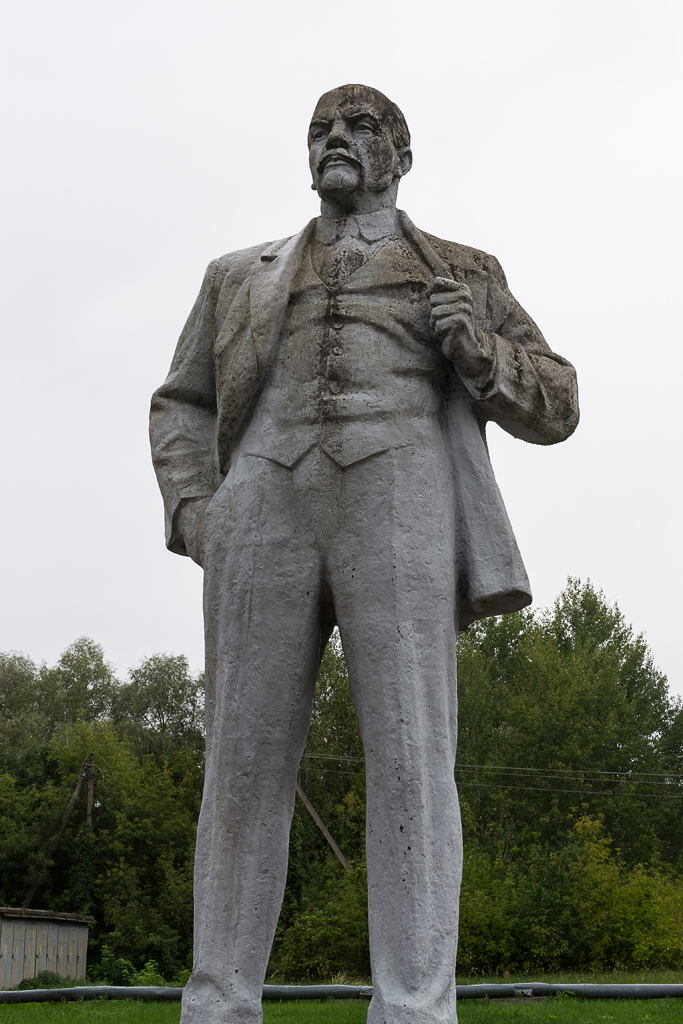 Third Trumpet of Revelation or Star of Wormwood, is another monument dedicated to the disaster, referencing Revelation 8:10-11 from the bible. Each of the markers on the concrete plinth and the signs represent a settlement lost due to the affects of the accident. 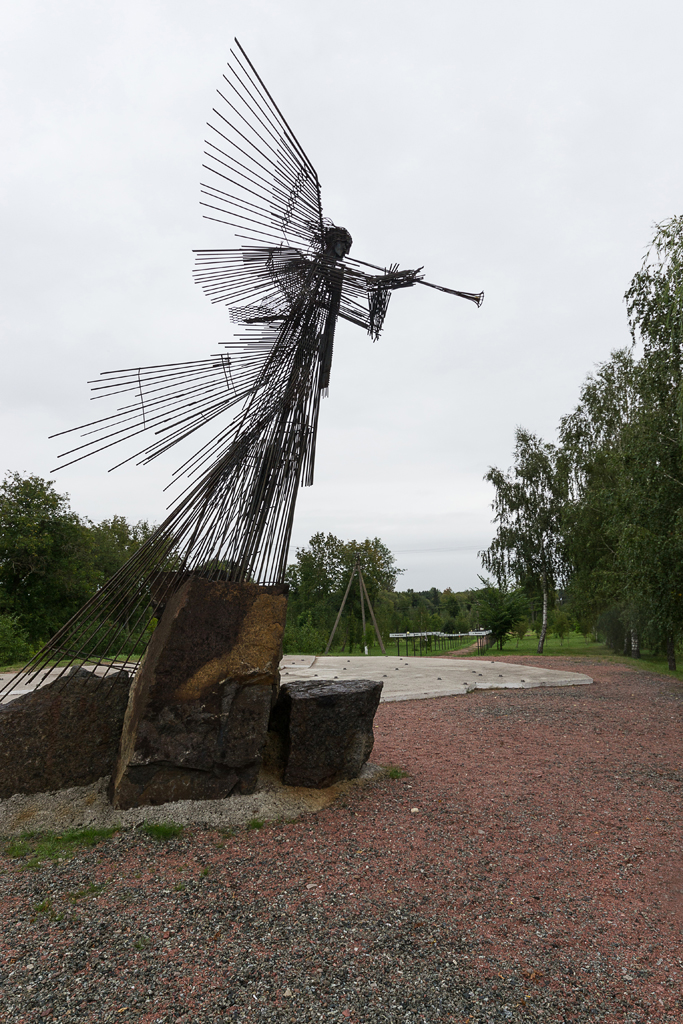 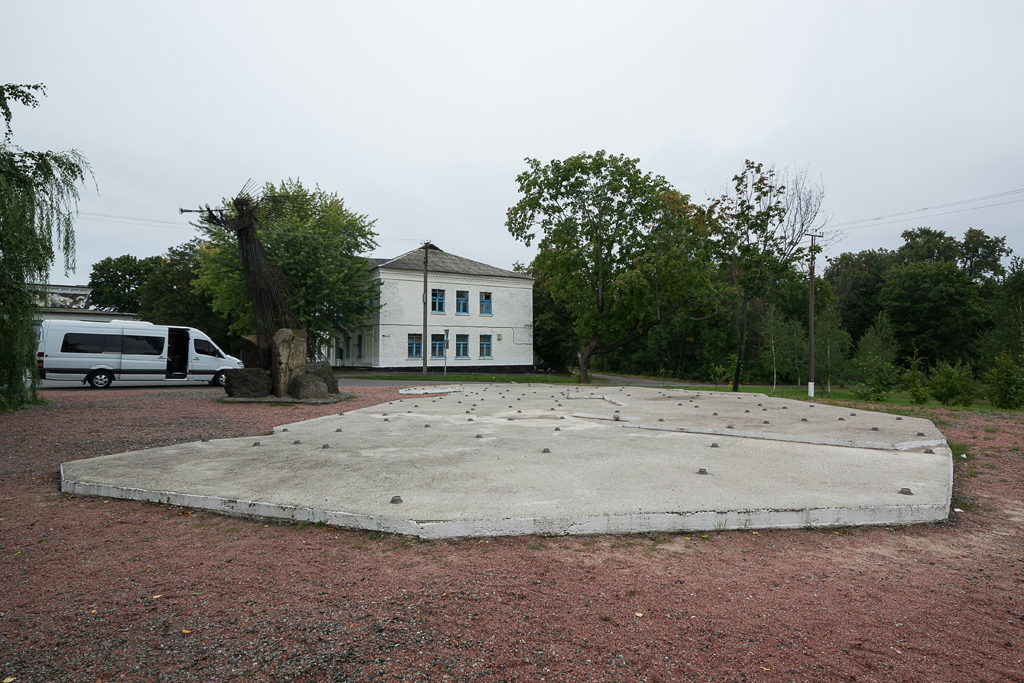 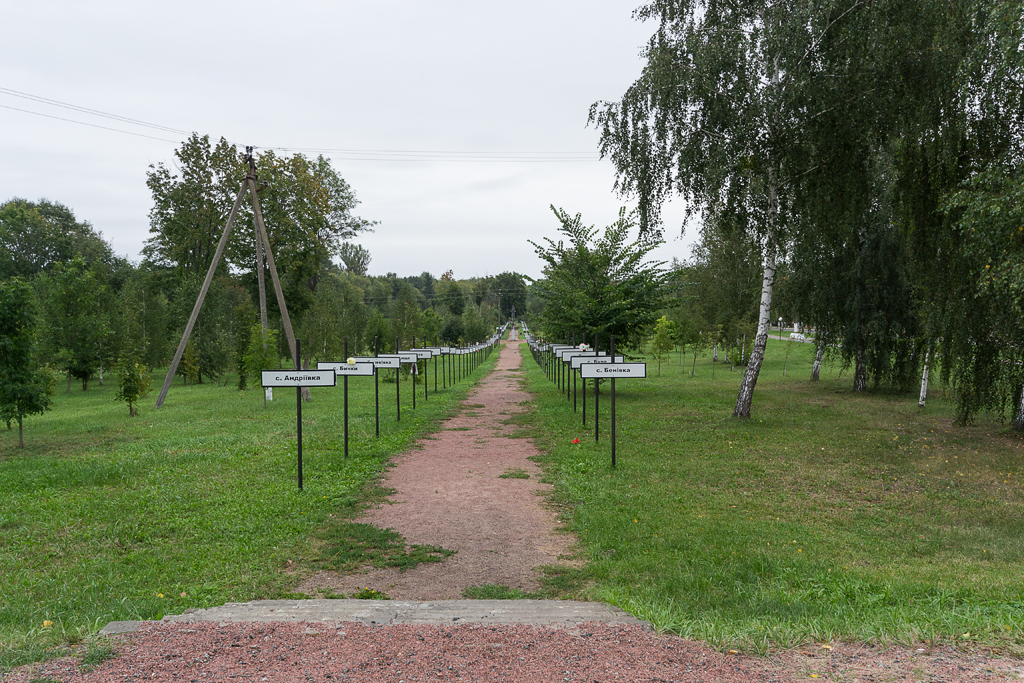 Our last stop before heading back to the checkpoint to leave the zone was to the Chernobyl sign. The sign features images referencing some aspects of the area including the peaceful atom symbol for the power plant and ships for the dock yards. 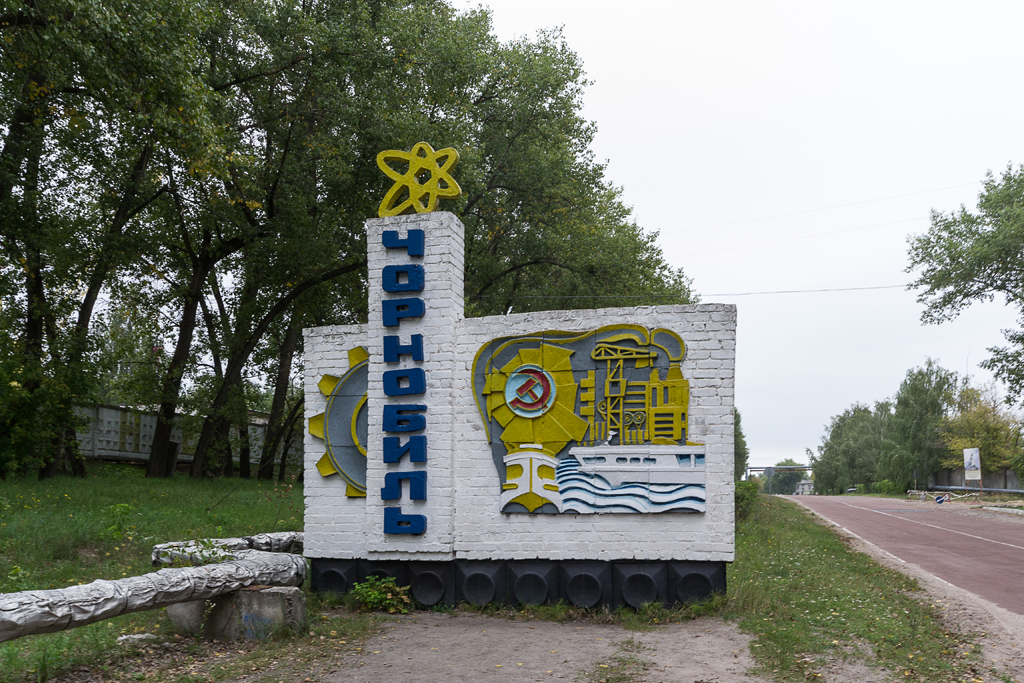 With that it was time to say goodbye to Chernobyl, Pripyat and the exclusion zone.